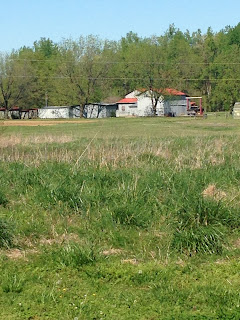 I gave up. They wanted me to. I finally wised up and complied. It's an utterly beautiful state, complex... full of both compassion and bigotry... intellectualism and ignorance ... nevertheless...

While it's a region steeped in FEAR of change, narrow mindedness, ignorance and superstition, I have to admit I learned a lot during the three years I was there... and I could have learned more if I'd been mentally and emotionally prepared for:

"Better Off Without 'Em" starts off:

"Hang out in my living room on any national election night and at some point in the evening, usually around 7 p.m. Pacific time, you're almost certain to hear me scream something like: "Why in the hell does the United States--and by extension the entire free world, capitalist dominion, and all of Christendom--allow its government to be held hostage by a coalition of bought-and-paid-for political swamp scum from the most uneducated, morbidly obese, racist, morally indigent, xenophobic, socially stunted, and generally ass-backwards part of the country?" ~Chuck Thompson


Darn good question. The best answer I can come up with is that the vast majority of us have snippets of agrarian memories lingering ... unattached... somewhere down in our reptilian brain. We love the neat rows of corn and the tall green pine forest that stretch upwards to powder blue skies.

What most of us to venture down thar eventually realize are all the reasons our parents and grandparents and great-grandparents fled the South in the first place. (There are MANY reasons why the land is so cheap down thar in "Way-Back Land.")

But how can I really call it bad... when it works for them?
Despite all the epidemics of Heroin, Oxycontin, Vicodin, Percocet, Fentanyl, Molly, Meth, Weed, and all forms of alcohol that literally FLOW off Southern store shelves... the straight jacket of Fundamentalism ... seems to work for them ... about as well as the cultural values found in any other region of this insane "United States of Oligarchal Kleptocracy."

Back South, they have FIRM definitions of what a man is... and what he does. With all due respect, it DOES take a lot to make a "Traditional Man" ... and when you encounter him, he is to be respected.... but in 2016, most of us are more products of either Post Modernism (Baby Boomers), or the values of the Information Age (Gen X and GenNext).

Try as we will, we can't fit the Genii back into the bottle again.
Still, coming from California where we talk about EVERYTHING.... yet we tend to be more on the shallow--keep it moving/have a nice day--side... North Carolina ... with all it's hypocrisy, taught me the value of being totally congruent. In California, it's easy to become too compartmentalized .... wearing different masks for different occasions with different people. But in traditional society, people know each other's grandparents. They've grown up together and rarely move. So ... people know all your shyt ... and if they don't, they make up the rest.

The South also taught me that black people are continuing to ... "Dream the WRONG dreams."
Psychologist Carl Jung said he knew World War II was going to happen 10 years before it did simply by listening to the dreams of his German patients.

We're either too attached to "dreaming" ... ambitiously trying to manifest what the Social Engineers tell them to dwell upon. Television? NO Black person should have a TV in their house. That's how dangerous that tool is. And if you have a young son, and you're sitting him down in front of a TV and/or buying him video games, just admit to yourself that it would be far cheaper to buy little Johnny a loaded .357 pistol to play with... because you're killing him psychologically.

Proof?
We HAVE to look clearly... with curiosity and bravery... at where our values come from. Right now, the various Puppet Masters of emotions are leading us off cliffs by the thousands.


WE ARE DREAMING THE WRONG DREAMS!

Instead of attaching to being the victim and worrying about what others think of you... we absolutely have to stop wrestling with the dysfunctional Status Quo, and begin "dreaming" ... and IMAGINING what kinds of groups of health, fun, and functionality will look like.

To build a tradition, culture, or long surviving value structure... there needs to be an economy attached to it.

I am better, and wiser for having moved to the country of North Carolina, but I cannot recommend it to anyone ... ESPECIALLY if you're an older or retired single black male who has lived most of his life in modern, urban centers. I'm not a farmer and it's too hard to become one in your 60s.


I think Chuck Thompson was right... we should have let the South secede when we had a chance.

Posted by Journeyman at 5:03 PM

Hello this is Shashank Shekhar Singh , I am really impress with your Blog and also I used to surf it generally many of times in a month , Thanks for giving such a good content of topic Fathers Day Quotes

Hello this is Shashank Shekhar Singh , I am really impress with your Blog and also I used to surf it generally many of times in a month , Thanks for giving such a good content of topic Fathers Day Quotes