Black Religion: Hurting or Helping Us? 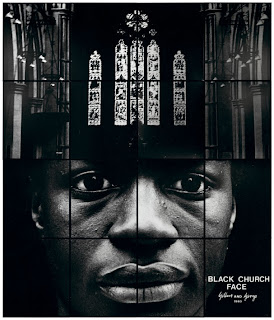 It seems we're at a point where we cannot advance without dealing with "The Spiritual." And no, I am most def NOT talking about religion. (Well ... I'm not recommending it, nor am I advising it.) Spiritual to me is a part of my body and my personal psychology. Take Yoga for instance. If my "life nerve" is tight, then my thinking is also tight... easily angered and reactive.

At my age, I'm forced to reflect that without mainstream Christianity, I would never have gotten sober and remained sane all these years. But I also see the limitations of the Black Church and ask: "If Christianity needs reformation--again, then do I have time to wait on it?"


To be a "Spiritual Warrior" means to go out beyond the fence line ... out beyond the boundary the "overly religious" warn you to stop. It is there we find the need to have faith because it is there we confront the archetypes of our minds and listen, learn what The Cosmic Christ ... the Great "I Am" is trying to teach us.

I advocate that we shed the limitations of the religion slaves were given by slave owners.
Explore the Eastern philosophies from whence our Western spirituality came from.
Accept yourself fully as you are... shadow and light... made in God's image...
Seek out people and places to guide you to your heart ... your own INNER Light and from there, connect to the One Soul that unites us all.

It's from here we can begin to rebuild bridges to each others hearts and minds... and begin to climb out of the dark prison that we've been locked in these past 30 years... or more...

Posted by Journeyman at 1:29 AM No comments: Links to this post