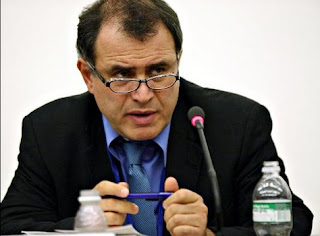 It's clear that the current, "Recession" for middle America is a “Depression” for Black America. Further, "Dr. Doom," NourielRoubini, the economics professor who correctly predicted the '08 Crash and smaller economic downturns before and since, now says we’re in, "The Perfect Storm" for an upcoming crash that will be worst than the '08 Crash.

So it's way past time for blacks to stop thinking that everything is going to be alright. Sad to repeat this, but when white America catches an economic cold, we often catch pneumonia. Some say that Black America has lost a combined trillion dollars since the '08 crash.

(And no, selling drugs is NOT a good 'fall back' career choice… unless you feel like sitting in a prison cell that feels like 200 Degrees Fahrenheit when they transfer your over-crowded behind to some obscure rat hole in Rattlesnake, Nevada is a "good thing.")

But we're not upset about our suffering because Obama is in office? Huh?? Really?
Y’all better wake up! Read the links about the next forecasted economic downturn and begin thinking:

Number Three may be most important. The following is a USA TODAY story titled:

“Millions of Americans endured similar financial calamities in the recession. But for Goldring and many others in the black community, where unemployment has risen since the end of the recession, job loss has knocked them out of the middle class and back into poverty. Some even see a historic reversal of hard-won economic gains that took black people decades to achieve.”

I strongly encourage you to read the entire story at: USA TODAY | ECONOMY
Posted by Journeyman at 6:00 PM