When I think about what it will take to once and for all, set down in stone, who we are as a people, one of the main things that comes to mind is the fact that we'll have to revise our image of what a man is.

You can say what you will about white America, but two things we do know that has helped their culture rise and create strength greater than most others, and they are:

We will need to do many of the same things that successful cultures do. That means, we will
need to use all parts of our society. At no time will we expect a large portion of black America to join one group of thinking that is striving in one general direction, but I do believe that if successful, those who do, will have a huge, major impact on all the rest.

In short, we will need to use men willing to work and learn integrity ... regardless if they are totally heterosexual, homosexual, bisexual ..... urban-sexual ... et al. The main thing is that they learn what to do with that most sacred part of their body, and to mature their emotions to the extent they can create love, safety and long term continuity in homes and in the New Black Village.

We will talk more about the extremely complex issue of sexuality later. Right now I'd like to end by telling you about a little motif of words that ran along the walls of an up-scale ice cream parlor in Portland, Oregon. The words were:

"If Michelangelo had been straight, he'd have painted the Sistine Chapel flat white." 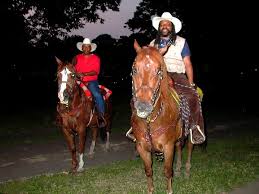