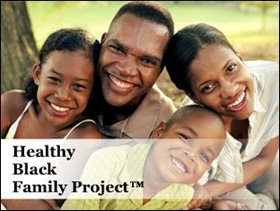 I just read the latest atrocious list put out by MSN's "Best Places To Live." The subtitle reads:

"Find out which American cities are the best, worst for you and your brood"

"Television executives seized the idea long ago: American families value where they plant their roots. The Cosbys had Brooklyn. The Cunninghams, Milwaukee. The Simpsons, Springfield. But fathers face reality when they're not in prime time. They want to raise their children somewhere safe, where they can attend good schools with favorable student-teacher ratios, above-average test scores and respectable budgets. Plenty of museums, parks and pediatricians also contribute to a good quality of life, whereas multihour commutes, expensive houses and divorcing friends and neighbors do not. Best Life editors used these categories and data from the U.S. Census Bureau, the National Center for Education Statistics, the FBI, the American Association of Museums, the National Center for Health Statistics and the American Bar Association to evaluate 257 cities. Here are the best — and worst — places to raise a family."

Well ... I they may have input some data into somebody's laptop over lunch, but they certainly didn't take race or class into the equation.

5. San Diego, California
Yes, San Diego is a lovely place, IF you have the cash to live in one of it's better neighborhoods.

7. Minneapolis, Minnesota
Has anyone BEEN to Minneapolis lately? Another over-crowded city with all the problems of any large urban center ... and it's COLD. But my biggest gripe with this choice is ... well ... it's Minnesota. Both Minnesota and Wisconsin have cultures that drip with passive-aggression. They are the hands-down worst "lookie-loo" drivers in the country. They love to take their boredom and anger with them when they leave the house.

11. Wichita, Kansas
One of the best jokes on the list. How did they miss all the crack/meth and alcohol abuse in Wichita??

If any of you have any better suggestions about good places to raise working and middle class black children, PLEASE send in YOUR list.
Posted by Journeyman at 7:16 PM

Good places for Black families that I personally know of for sure include:

Oakland, CA (the Hills, Montclair, Rockridge, Piedmont, only - stay out of the flatlands!!)

If you work in high tech:

Vancouver, B.C. (very, very peaceful city with a lot going on. Even Yaletown, which is right in the middle of Downtown is mother-with-stroller friendly. The far western neighbourhoods like Dunbar, Kerrisdale, and Shaughnessy are evey bit as safe and laid back as my small, midwestern, hometown.